An insight into the mindset of an artist of self. 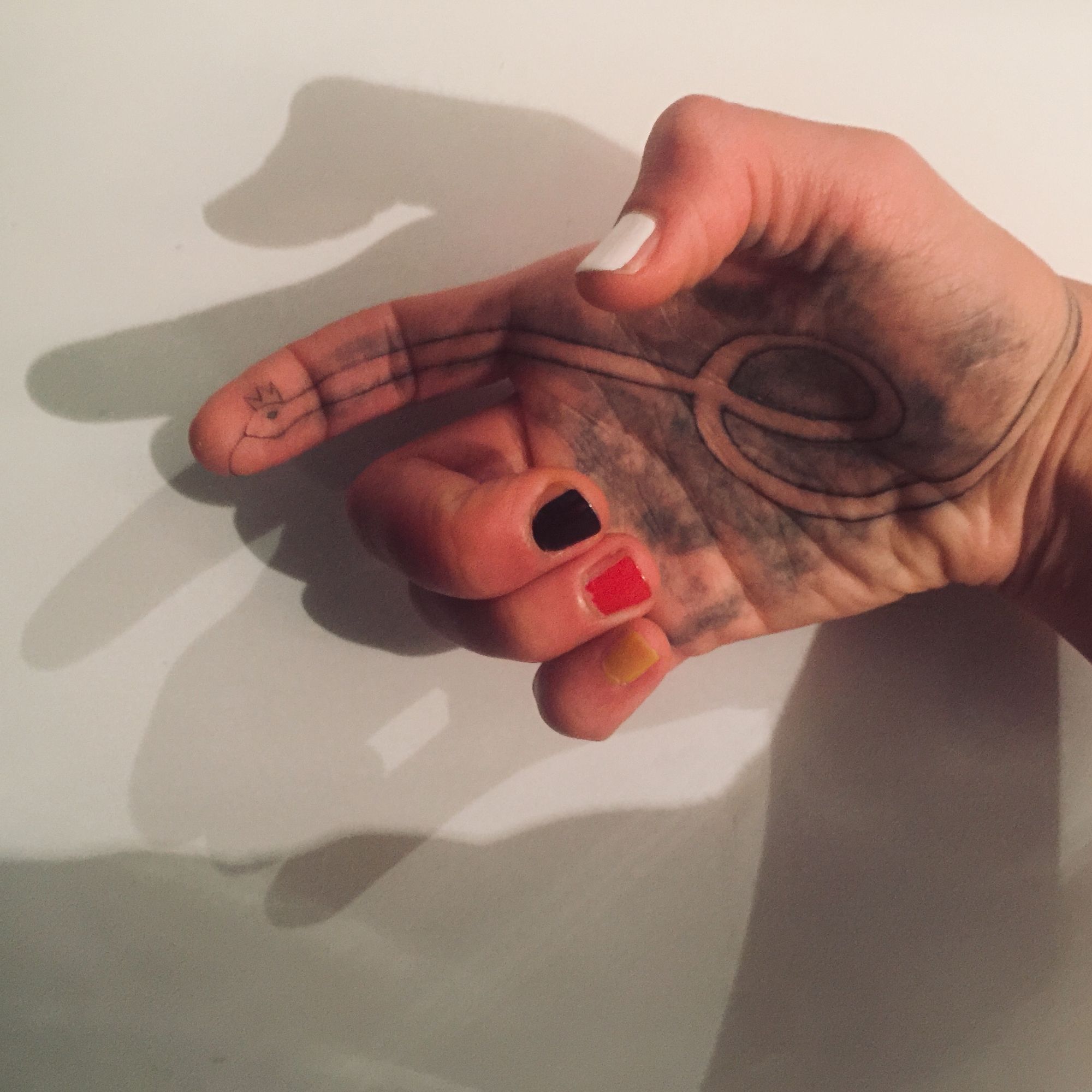 Davide Miceli Dell'Arti interviewed Jatun Risba for the online journal Segno Particolare. Here is the link to the article in Italian and find a translation of the interview in English below.

A tattoo of a twisted snake on the palm of the right hand.

The first encounter with a Teacher. A person with an authentic way of life by which to be inspired and learn from. The first example of such a Teacher was Antonio Caronia, Professor of Aesthetics of New Media at NABA – Nuova Accademia di Belle Arti Milano where ki was doing a BA in Fashion and Textile Design but ended up following few other extracurricular classes as a parachutist. In the second year of study, ki* had already understood that the gradient of kin spirit was tending towards Art.

Antonio Caronia was an outstanding intellectual and essayist. Being a highly cultivated person with a razor-sharp mind tempered by a wry sense of humor, he was a troublemaker for many. He was passionate about art, philosophy and linguistics, a militant dandy with an open, generous heart. He was always one of us. Always willing to accompany the intellectual, political and ethical formation of the students who demonstrated a sincere interest for learning. Caronia was one of the first mentors who had followed and paved kin entry into the realm of art.  The earthly correspondence among the two concluded with a first and last kiss on the mouth, of transmission, which occurred two months before his death. It was the last time to see him alive.

Ki must mention a second "first time": the first meeting with Eugenio Barba in 2016. The theatre investigator and director of the Odin Teatret in Denmark thought me the importance of training.  It is only by the development of self-discipline, through a daily cultivation of physical and mental skills, that one can overcome the limits of the possible. Only then one can make art beyond the self. Only then art can be free of the bigotry of the 'I'.

What Is Your Definition of Art?

A being-in-the-world without limits.

One thing that you are proud about?

Of the ability of refocusing the self: a mastered skill of shedding the skin of ego again and again while resting in a place of stillness.

Cannot think of any. If there were some missed opportunities, ki was not ready (yet) to live those out.

A figure that inspires you?

Right now, the most fascinating and wise presence in my life is a vast woodland nearby home where ki loses and finds kinself day after day. Every excursion in the forest lasts for hours and it offers a full-body immersion into the encyclopedia of Natural History. The many country roads and pathways which traverse the forest are uncountable, as are the teachings, ideas and insights which accompany these trips. Ki is acknowledging and re-membering the invaluable wealth - because without an end and without a price - of nature. At the same time ki is cultivating a strong sense of gratitude for the ancestors who had protected and safeguarded the prosperity of a wild, uncontaminated landscape for future generations. Besides being a living temple for the psychophysical wellbeing of the visitors, in spring the forest is also a good resource of wild, highly nutritional food.  Different herbs, sprouts and forest fruits are kin most cherished food. Woodlands are a precious food supplier, these days in particular.

How would you describe your work?

Authentic. Because it holds a mirror to the present. Alchemical. Because it acts on a magical level.

Why to buy an artwork made by you?

Kin works of art act as a portal of vital energy. The artworks convey the candor of an art that is born out of inspiration and ethical urgency, with no compromises. All kinds of support, material and human, for kin art practice are necessary so to enable the production of new artworks which are the result of a total devotion to art.  Where art is life and where life is a vocation to freedom.

Projects for the future?

Attending and embracing the present with freedom, frankness and with an open heart: even when suffering, even with a heart that's breaking. Beside a daily cultivation of compassion and nonattachment, ki has been recently developing a plane of non-separation through an artistic, philosophic and linguistic initiative named 'Language of kinship'. In July, ki is going to do an artistic residence at the cultural centre Záhrada (“Garden”) in Slovakia for the realization of 'Be-coming Cow': a week-long cohabitation performance with cows. After that, ki hopes to spend some time in Salento, S Italy and continue the collaborative work with the artist Franco G. Livera, with the association STEAM Atelier and other art professionals from the territory.

*ki (sing.) and kin (poss., plur.) are postcolonial, postspecies pronouns which form the building blocks of an English grounded in terrestrial kinship.

Jatun Risba was born in Nova Gorica, Slovenia in 1986.

The artist lives and works around the world most of the time and keeps a studio in Nova Gorica.