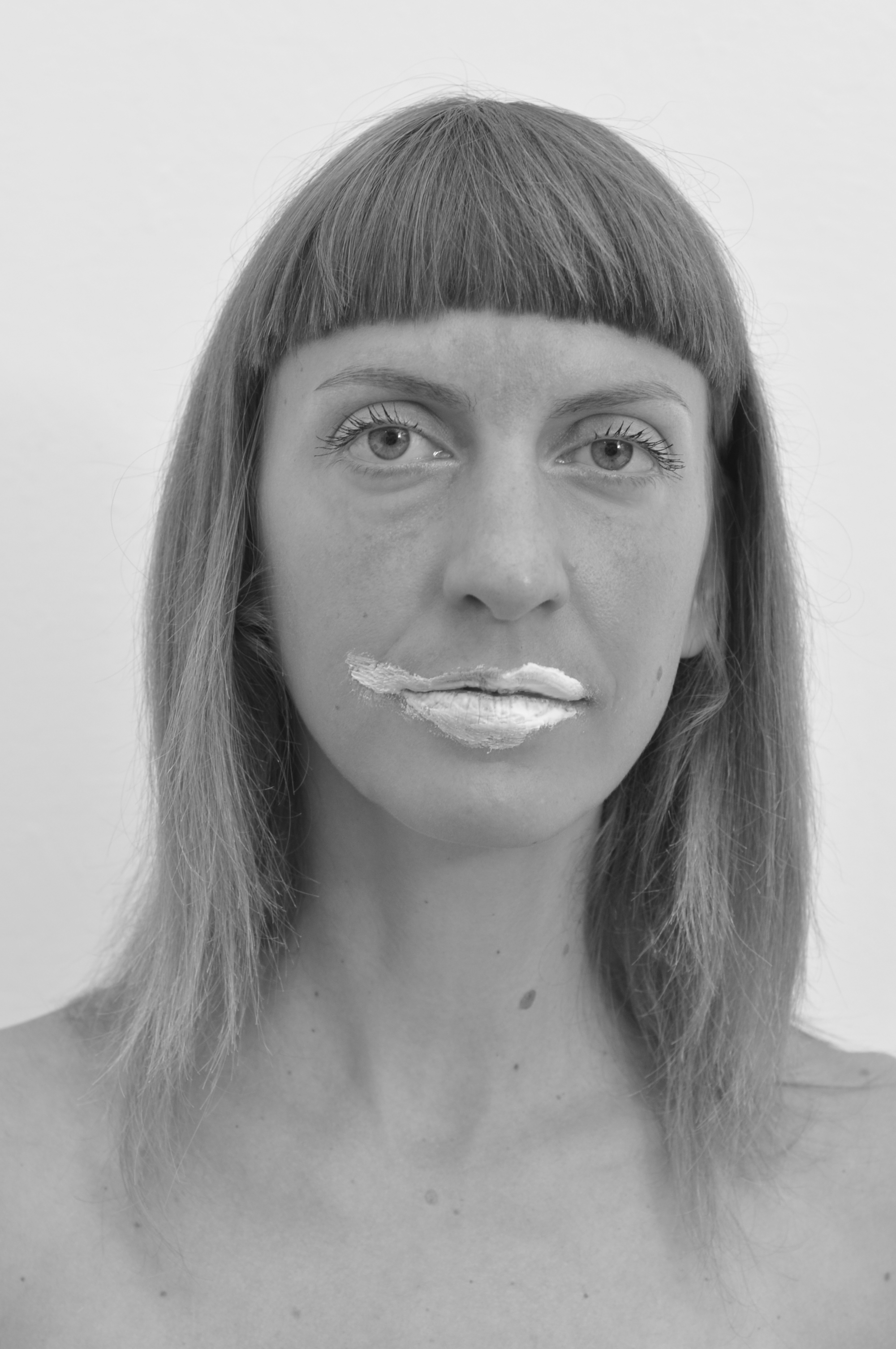 Jatun Risba - 'ki' - is not (solely) an artist, nor a Slovene or EU citizen, neither a woman nor a man. There is much more to see and nurture beyond professional, gender, sexual, religious, racial, national... identities that ki prefers to drop the face and surrender to the moment: fluid, vibrant and open-ended. Embracing integrity, without biases. Ki uses arts as vehicles for embodied and communal awakening in the quest to understand: “How to grow kinship and support Earthly wellbeing?"

Since 2014, Risba has been developing a performative language called 'interesse' (Latin; to be in-between) that reveals the liminal expressions of the thinking body − movement, gesture, voice, word and contact in the functioning of the autonomic nervous system. From this state of dilated consciousness, ki devises transdisciplinary artworks that challenge the status-quo. Kin artworks are multilayered in nature and intentionally undefined so that everyone can find their individual meaning and be inspired or dazed and confused together, in authenticity. Ki has been using the term 'arts of self' to denote this specific modus operandi where arts are considered vehicles for self-introspection, community-building and a spontaneous revelation of beauty (truth). As an artist, researcher and pedagogue, ki is firmly rooted in inclusive, accessible practices and strongly believe that the working process is as important as the outcome. Risba is actively engaged in bridging art, science and humanities, wherefore each discipline opens the other to more expansive ways of engaging with life.

Ki-n: Towards a language of terrestrial kinship

Risba uses the pronouns 'ki' (sing.) and 'kin' (poss., plur.). The inspiration for this originates in the work of Robin Kimmerer, a distinguished professor and botanist with native American roots who noticed that using the term 'it' for other species distanced humans from animals, plants and the Earth so she proposed using 'ki' instead. Risba – ki - extended this idea by using the terms ki-n to describe humans, more-than-human species and even non-living objects. By extending the notion of selfhood, language can become a means for overgrowing inter- and intra-species violence. This is the starting premise of this language-game. The language of kinship encourages people to think about not only different expressions of life but also all forms of matter as deserved to be cared for and also taken care of. To sum up, the initiative explores the role of language  in shaping human thoughts, behaviours and perceptions of reality. It has been informed by the writings of philosophers and scholars such as Donna Haraway, David Abram, Tim Ingold, Karen Barad, Johnny Golding and others.

Jatun Risba - 'ki' - is an artist of self, linguist of kinship and joker exploring beyond human paradigms. By approaching Art, Science, Technology in terms of ritual mysticism, ki recovers ecopoetry and magic in contemporary societies. Risba has pioneered the somatic practice of 'Interesse/Dance of Life' which consists of liminal somatic & vocal expressions in a state of trance. These 'arts of self', enacted among and with others, create opportunities to reveal, share and immunize oneself while acknowledging the divine comedy of life. Through developing a vernacular form of English named 'Language of Kinship', whose grammar is based on the use of alternative pronouns ‘ki’ (sing.) and ‘kin’ (poss., plur.), Risba is extending the notion of selfhood to all spectrums and forms of life.

As an artist, ki has exhibited and performed widely, at Fabbrica del Vapore in Milan, at Kersnikova Institute in Ljubljana, at Tate Exchange in London, ... and gave lectures/workshops internationally: at the University of the Underground, at the Goethe University Frankfurt, at the Moving Image Research Lab in Montreal, etc. Jatun Risba holds a BA Hons from NABA. Nuova Accademia di belle arti Milan (2009) and a Post-Graduate Certificate in Art and Science from Central Saint Martins - University of Arts London (2020).