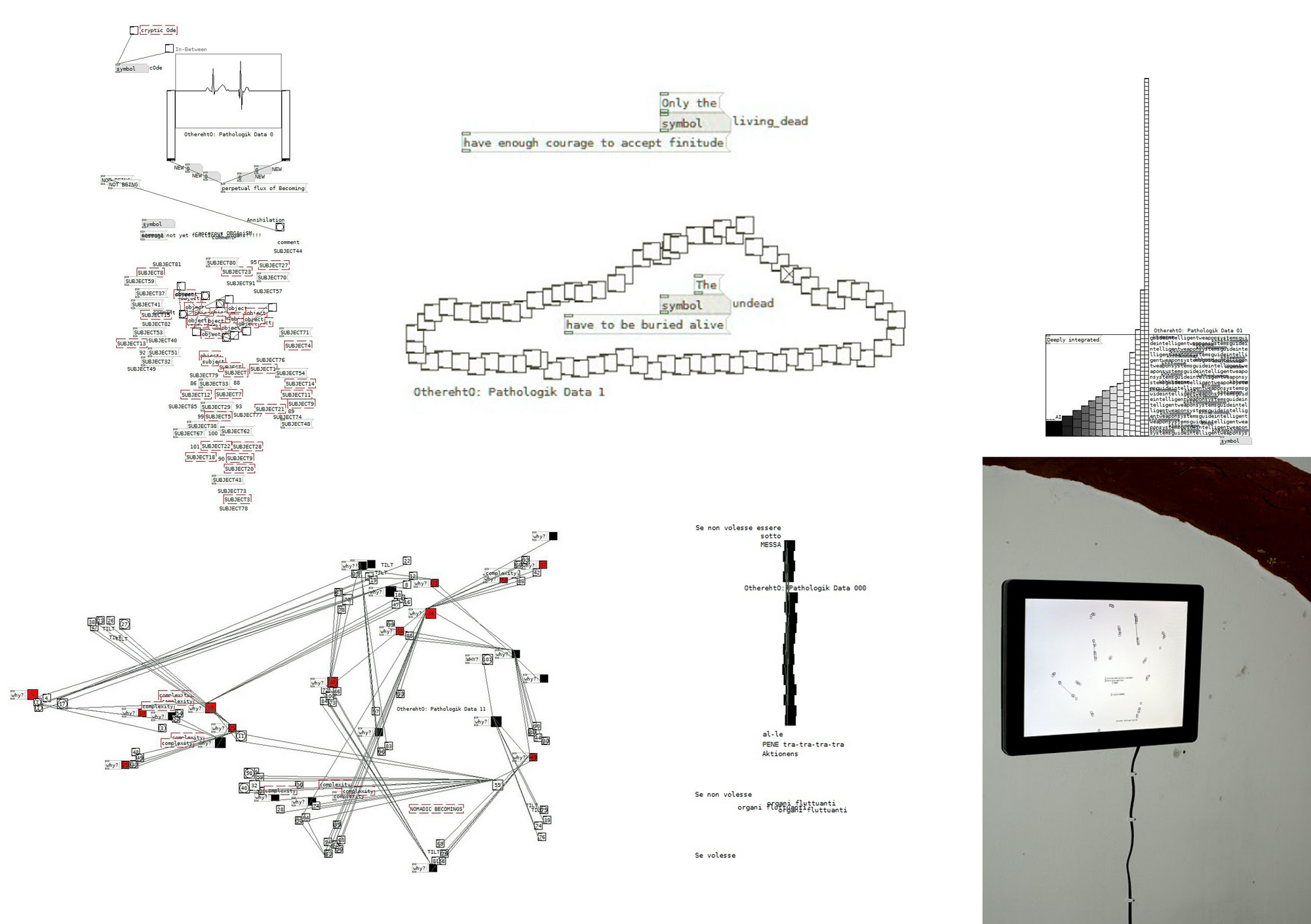 OtherehtO is an artistic avatar that represents the fading of the personal/individual name in favor of an omni/none including/identifying pseudonym. A practically unpronounceable and unwritable name that reflects a socio-political-artistic position that expresses the overcoming of any type of biased identification, for a conception of a widespread we-I on the threshold between presence and absence.  OtherehtO creates New media art works in the interest to explore how the new digital (dry) and biological (wet) technologies influence our experiences in the emulsion (moist) of the real. OtherehtO is a nomad of the School of Media Design & Multimedia Arts NABA, in whose research and works are influenced by authors such as Gilles Deleuze, Slavoj Žižek, Jens Hauser, and by the experimental teachings of Antonio Caronia, Pier Luigi Capucci and Francesco Monico.

OtherehtO has established themselves with the work Flight SynEp (2008) at the Milano in Digitale III festival. The work is composed of two interactive audiovisuals that represent a sensorial comparison of the two parallel universes of technological development: the wet biotechnological world (Wetecho) versus the dry virtual reality (Virtù-algorhythm).  A second work entitled (Spi)ritual OMnipotence was selected at the 2008 Pixxelpoint international festival curated by Domenico Quaranta and entitled "For God's Sake!". The work has the shape of an interactive installation that investigates the hypothetically transformative potential of ritual gestures. The work takes on a metaphysical dimensions and wants to stimulate the creation of an immersive experience that wants to support the  body's auto-therapeutic potential through the creation of  an immaterial void (virtual simulation). Finally, the work Pathologik Data (2009) includes a series of visual poems expressed through the instructions of the Pure Data software. A speculative use of the man-machine code that constructs new linguistic forms by exploiting the software's own applications, but decontextualizing them from their practical function.