'Mpasturavacche' makes sense of and alleviates our current estrangement from the animal world. 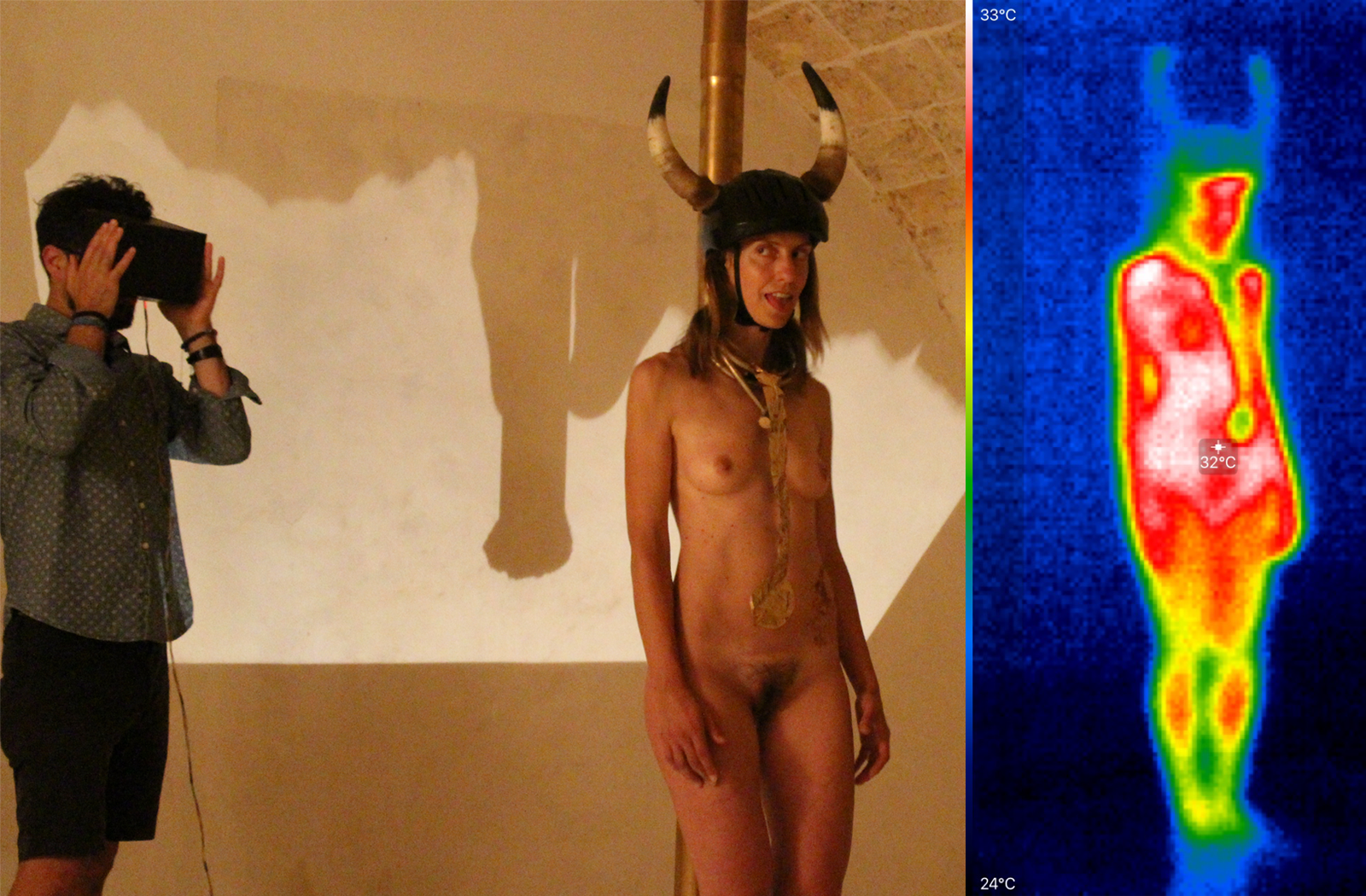 For I am the snake that is the beginning and the end of the human.
I am the most venerated and most despised cow,
I am the ethical slut, the non-aligned Other and the Madonna,
I am the virgin and the widow,
I am the mother, the father and the rejected daughter ...

'Mpasturavacche. The milk-suckling snake' is a one-to-one art and science performance that let people explore the sensory abilities of snakes through wearable technologies. By shedding light on the instincts and impulses of the lizard brain in the human animal, it makes sense of and alleviates our current estrangement from the animal world.  During the duration of the performance, the artist/performer and the spectator/co-performer are linked by an “umbilical cord” that acts as a communication channel between the two. The spectator receives a headset for virtual reality with thermal vision, an arduino board and a high sensitive voice sensor mounted close to the mouth. The device is connected to the artist, where a wearable technology system, made of micro motors mounted on a piece of isothermal textile, pulses in time with the visitor’s breath. The louder the sounds made by the co-performer, the stronger the vibration of the “serpent” and the dialogue between the two. The performance explores the ancestral communication systems of reptiles (snakes) and their impact on human perception and behaviour. The intimate setting of the performance awakens and challenges the sensory nature of the communication and signification in the human [and more-than-human] animal.

*** The project was developed in co. with STEAM Atelier (LE) during Risba's artist in residence program in summer 2019.

"Mpasturavacche" is the dialectal name in Apuglia, Italy, of the common four-lined snake, which was believed to suckle a cow’s milk while entwined around its legs.

A video of the first proto version of the performance which occured in Galatina, Italy can be seen here.