'Interesse' transforms used shopping bags into an arena for interventions of ecstatic dance in public spaces. 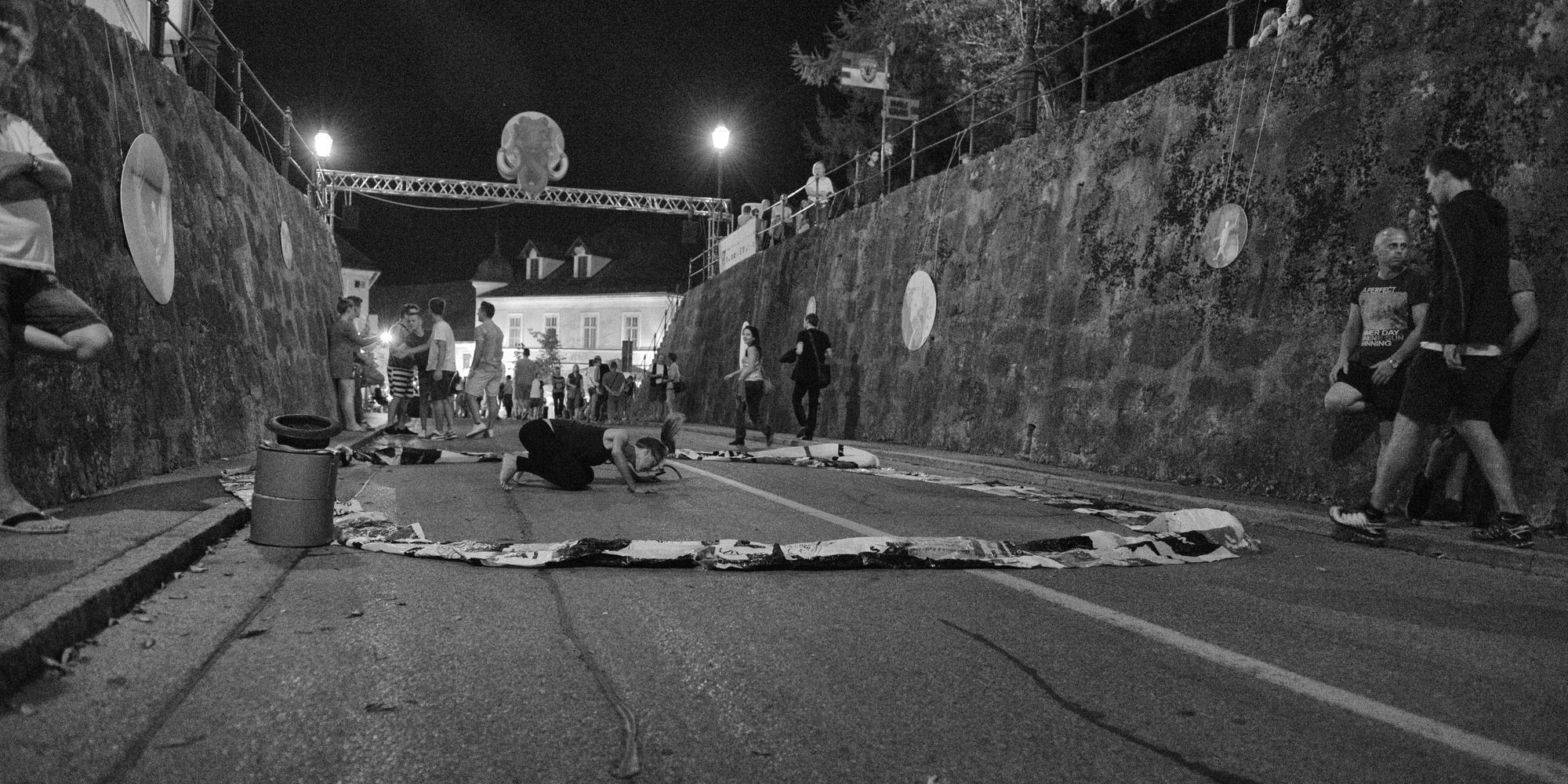 The Interesse actio can be seen as the dance of the homo sacer, as it encompasses both the sense of the “hallowed” — the interesse practitioner is someone who operates outside the fiction of autobiographical self and their social status — and that of “cursed”: the selfless mind who has been expelled from (post-) industrial societies by the social construction of madness (mental illness) on one hand, and the institutionalization and administration of sickness on the other.

Risba has been cultivating, training and publicly sharing the practice of interesse that includes free movement and vocal expression in a trance state of awareness since spring 2015. During the summer of 2015, Risba traveled across Slovenia to various music events or festivals where they set up spontaneous performative interventions at the margins of the main cultural event. Through the appropriation of public space for uncensored (nonverbal) expressions and interactions across established class and cultural lines, Risba sets up a zona franca for the drainage of blood clot from the social body. In this interzone stacked energies can be freely released, embraced and/or transformed.