'Exercises in dying' brings the practices of trance and self-withdrawal into public. 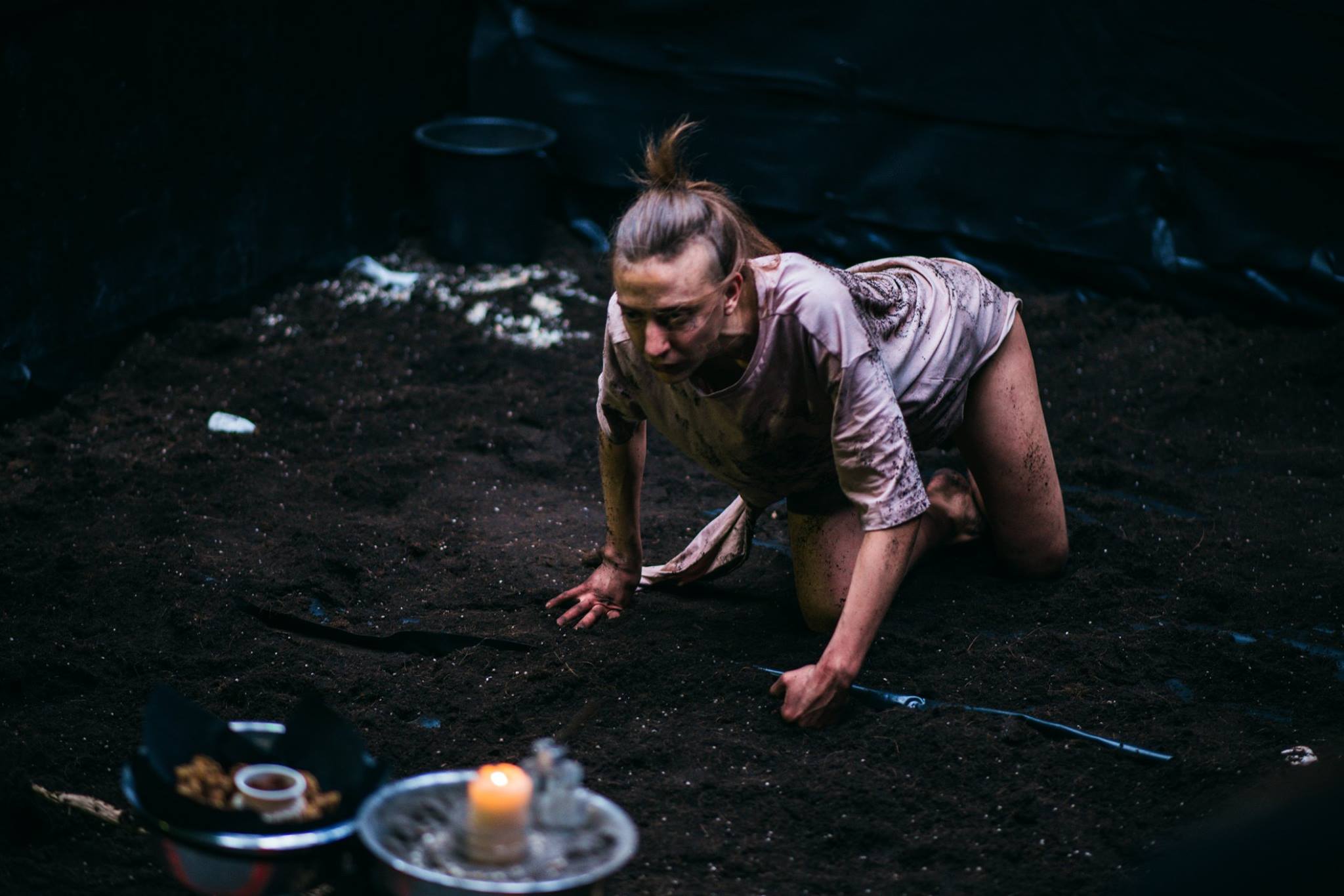 “My mind which lives in the past is a dead mind. How to free my thinking body of the known and live fully in the moment? How to be true to myself and embrace life unconditionally: through a process of constant dying to all the memories?”

On the 1st of March 2017, from 12 to 24 o’clock, Jatun Risba held the performance 'Exercises in dying' at Klub K4 (Zavod Kersnikova) in Ljubljana. The performance was a challenge of physical & mental endurance and a transindividual investigation of movements, voice, emotions and interactions which manifest in the process of psychological dying. The event was organized as a secular rite of passage and was held on Ash Wednesday for a reason. The aim of this action was to acquire freedom from the known, from the past – cognitive and behavioral conditioning, fear and sadness – for a new rewiring of the self. The durational performance was divided into 4 cycles of three hours. At the beginning of each cycle the artist addressed a contemplative mind-baffling statement in the shape of koans to be meditated upon. The first hour was then devoted to a deconstruction of physical and the second one of vocal actions. The conclusive hour was dedicated to basic performative actions with glass tubes. During the entire event the artist was embodying the interesse (self-induced trance) state of being.